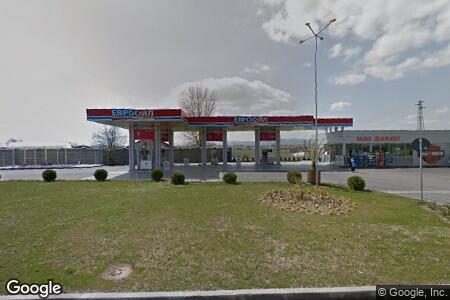 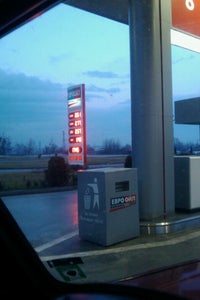 The gas station is well located on the outskirts of the town, and considering there are none of the more popular gas station chains around, it's a good choice for rest and refueling. I find the goods on offer, in terms of food, as well as drinks, as well as salty and sweet snacks, rather poorly represented. The toilets are not great, neither are the tables and chairs situated outside, and their number is too small, considering the number of potential customers that could gather at the same time at a gas station which is on its own and the last one for the entire way ahead to the Turkish border. Nevertheless, the good thing is that there's a nice playground with relatively lots of space for kids to play at. If you can stop at another gas station, though, before already having reached this one, better go for it. Not really impressed.